Stanley Park – A Destination for Runners for 125 Years 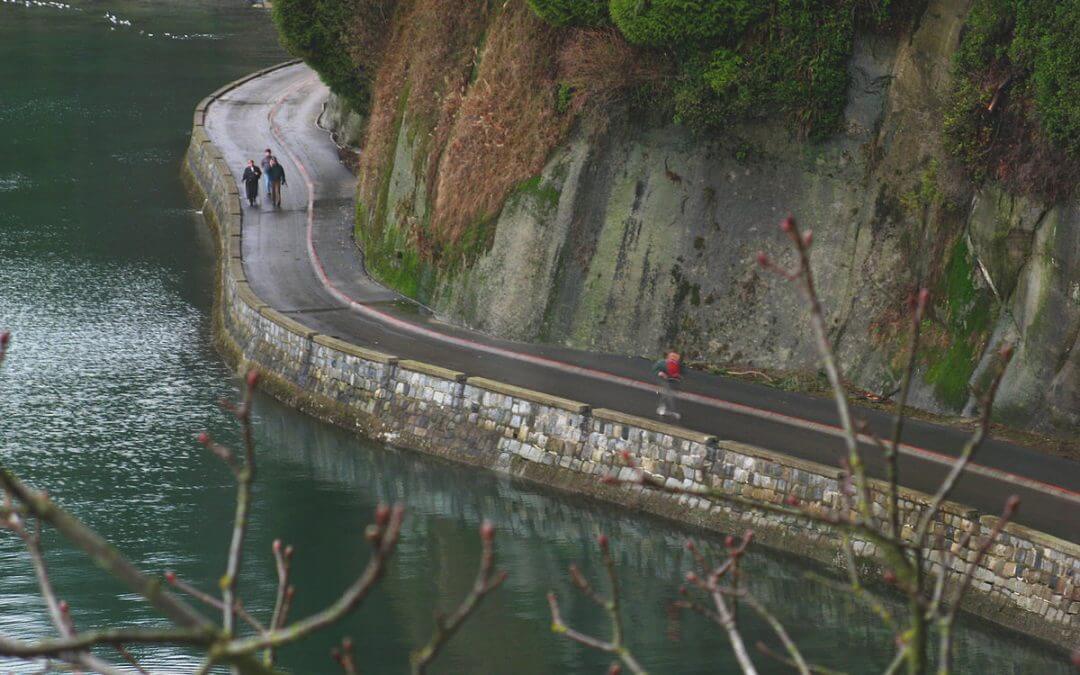 Vancouver’s Stanley Park has the distinction of being one of the best places to run in Canada, if not the world. In fact, the Park was recently named the best park in the world, according to Trip Advisor’s first ever Travellers’ Choice Awards, with New York City’s Central Park coming second.

Located northwest of downtown Vancouver, Stanley Park will celebrate its 125th anniversary on September 27, 2013. The park was named in honour of Lord Stanley of Preston (also of Stanley Cup fame) – then Governor-General of Canada.  At 1,001 acres it is more than 10% larger than Central Park, and close to twice the size of Seattle’s Discovery Park. In addition to its 5 mile (9 km) seawall it also includes 120 miles (200 km) of trails and roads. The City of Vancouver has also added another 8 miles (13 km) of seawall pathways that connect to the Stanley Park Seawall.

In its early years, the Park was better known for numerous track and field events held as early as 1891.  Following the Park’s opening in 1888, several sports groups petitioned the City to construct an athletic field within the Park. Indeed, by 1889 a road was completed that led to Brockton Point, along with a ferry dock to accommodate the many athletes and spectators who would come to the site. The Brockton Oval athletic fields were first opened on the July 1st weekend in 1891. There was a massive turnout for the event with attendees being charged 25 cents for transportation and admission.

Grandstands were constructed in 1892 that would eventually hold up to 3,000 spectators. The wood grandstand burned down in 1976 and Brockton Oval soon lost its prominence as a track and field destination. The Oval has hosted many track events in its history.  Percy Williams was an early prominent runner at the Oval. He won gold medals at both the 100 and 200 metre races at the 1928 Amsterdam Olympics. A plaque honouring Percy Williams can be seen at Brockton Oval, while a statue of him can be viewed outside the BC Sports Hall of Fame at BC Place Stadium.

The Park’s prominence and desirability as a road running training ground began in earnest in the 1950’s. A talented and dedicated coach, Ivor Davies, (himself a marathoner) arrived from England and he quickly recognized the potential of the Park as an ideal spot for distance running athletes to train. It held a number of advantages – it offered a variety of terrains, it was relatively traffic free and its immense size offered distance runners the opportunity to replicate the conditions they would be facing in competition. Other early runners or coaches include Gord Dickson, John Minichiello and Adrian Vali. Dr. Jack Taunton, Chief Medical Director for the 2010 Winter Olympics and renowned sports medicine specialist recalls his Park experiences: “It was virtually the only place to train on trails and the seawall.  Every Saturday I had speed work with Ivor and every Sunday we did a long run starting from Brockton Oval.”

In 1958, Ivor and Mickey Fynn organized a marathon in the Park to help Gord Dickson (a six-time Canadian marathon champion) qualify for the Commonwealth Games in Cardiff. Gord won that marathon in 2:26 and also went on to represent Canada in the 1960 Olympics in Rome.

A number of local clubs used the Park as a training ground. Former Olympian Thelma Wright (Mickey Fynn’s daughter) recalls: “Stanley Park was a runner’s destination of choice particularly on Saturday and Sunday mornings. I always remember the social aspect of all my earliest runs in Stanley Park with the Vancouver Olympic Club, The Optimist Striders and then later on with the Richmond Kajaks.”

It wasn’t until 1972, however, that its role as a marathon venue took hold on a permanent basis. The Lions Gate Road Runners, a newly formed club dedicated to distance running, organized the first annual Vancouver Marathon in the Park on May 27.  46 runners (including two women) started the five loop course in Stanley Park with 32 finishing. The men’s winner was Tom Howard of BC and the women’s winner Patricia Loveland of Oregon. For the first six years the marathon was known the Lions Gate Road Runners International Marathon.  The five loop course was run entirely in the Park, and it has been included as part of the Vancouver Marathon route every year since (now known as the BMO Vancouver Marathon and held on the first Sunday in May).

1978 Vancouver Marathon winner John Hill has been training in the park since the early 70’s.  Although he no longer competes in road races, he continues to coach his club, the Vancouver Falcons Athletic Club (VFAC) as they train on the numerous trails of Stanley Park.

The Park’s excellence as a training ground was also recognized by international coaches, including New Zealander Arthur Lydiard. He passed through Vancouver on his way to a coaching position in Sweden and commented to Ivor that “the Park was one of the finest training facilities he’d seen in the world”.

The Park features a number of permanent memorials to runners. For example, the steep hill leading to Prospect Point Drive is named “Adrian’s Hill” in honour of Adrian Vali.  Adrian was an Estonian-born, Swedish trained physiotherapist who coached many athletes in the city. He was one of many elite runners who trained with Ivor. Similarly, many thousands of runners pass by the statue of Harry Jerome. The statue is located on the seawall at east of Brockton Oval. It was erected in 1986 to recognize the remarkable achievements of local runner Harry Jerome as a world-class athlete and multi-medal winner in the Olympic, Commonwealth and Pan American Games.

But no story about Stanley Park would be complete without recognizing its iconic seawall. Construction on the seawall began in 1917, but it wasn’t until September 26, 1971 that it was finally completed. Indeed, it was a stonemason from Scotland, James “Jimmy” Cunningham, who worked tirelessly on the project beginning in 1931 until his death in 1963.  The significance of his life’s work was immediately recognized by Lions Gate Road Runners. Ivor Davies and others trained in the Park and when the tide was low, they would run along the beach past the section that last to be completed (Siwash Rock to Second Beach). On many occasions Ivor would see James Cunningham working on the seawall, even on weekends, so when the Club was looking to start a new race in 1972 in the Park, they named it the James Cunningham Seawall Race in his honour. The Seawall Race exists to this day and is organized by Lions Gate Road Runners. In the early 1980’s, when there were fewer races in Vancouver, the Seawall Race saw as many as 3,000 runners participate each year. Original race director, Don Basham is often at the start of the race that is held the last Sunday in October each year.

Other events that take place in the Park include the Resolution 5K Run (January), the First Half ½ Marathon (February), the St. Patrick’s Day 5K and Spring Run-Off 8K (March), the Vancouver Sun Run (April), the Scotiabank Half Marathon (June), the VFAC Summerfast 10K (July), the SeaWheeze Half Marathon (August) and the Night Race (November).

In December 2006, a devastating windstorm struck Stanley Park. The storm levelled 41 hectares of forest, causing extensive damage to the seawall. Much of the seawall and many trails remained closed for over 10 months affecting many races and the running patterns of thousands of runners.

If you are thinking of visiting Vancouver and are looking for place to run or race, Stanley Park is the obvious choice.

This site uses Akismet to reduce spam. Learn how your comment data is processed.